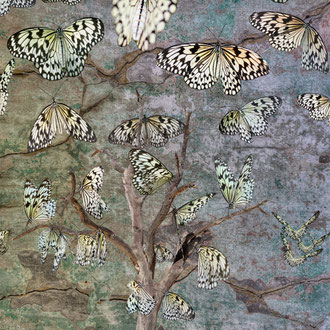 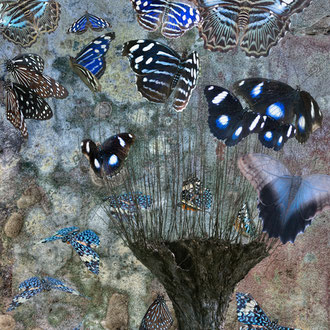 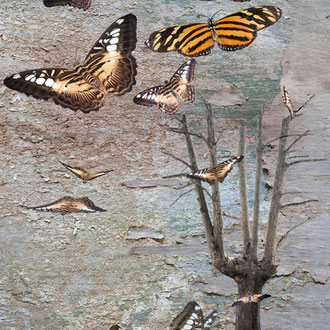 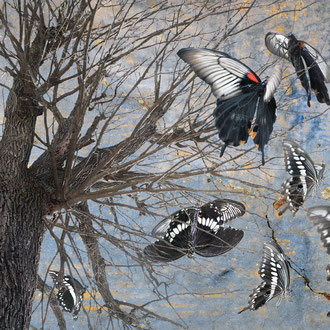 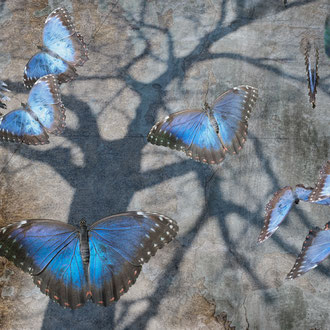 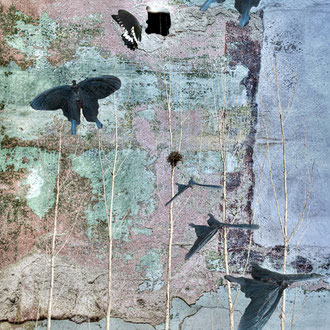 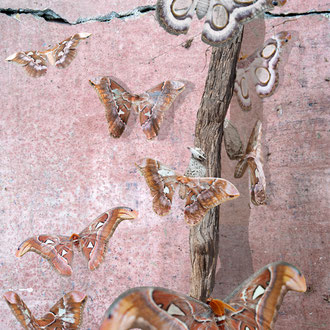 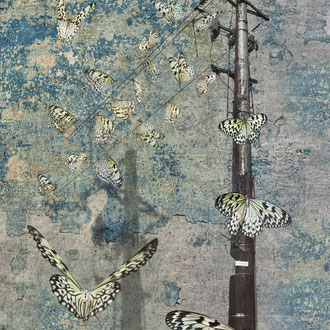 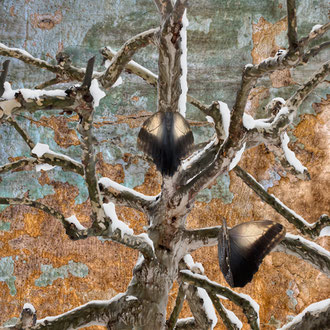 The plants switch phases of beauty with other quiescent and inconspicuous. In the winter break, we see them as dead.
The work focuses on this period of long sleep and on what plants may be able to dream. Not dwell too much on the rationality or scientific nature of this statement.
The plants dream of what they don’t have more or less than us. These dreams have the butterflies as leading characters;  in my view, they represent more than any other living things awakening, heat, sun, spring.
In the tribes of North American Blacks Feet there is a belief that dreams are carried by butterflies. Therefore mothers embroider butterfly shape on a deerskin that bind to the head of the children when they want them to sleep.*

So the butterflies are not only the actresses of the dream but even the bearers of dreams.
And so the branch  becomes caterpillar, an extension where the butterfly takes flight, after metamorphosis.
The symbol of transformation and rebirth is also at psychic level; their inconsistency embodies the ephemeral and the resurrection.
In Greek language butterfly was named "psyché". A popular belief Greek-Roman considered it as the symbol of the soul leaving the body. And we found among the Aztecs the same soul meaning, although here it was the one of warriors dead in battle.
In China, the butterfly represents both the young felt in love for the female (the flower) and the loved female dead while rises from the grave as butterfly.*
While it shows the soul leaves the body after death, it is also the breath that gives life.