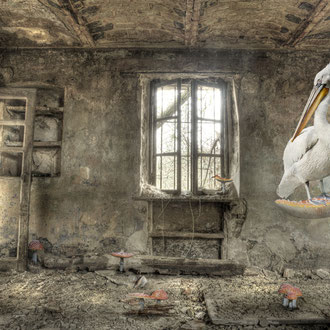 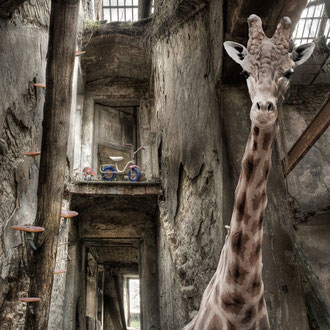 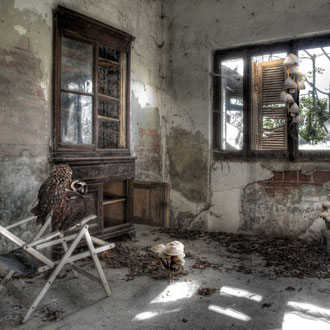 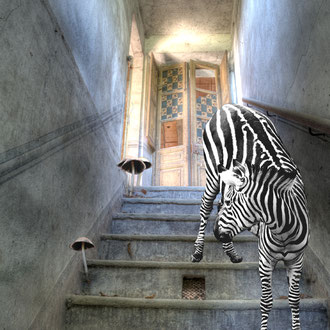 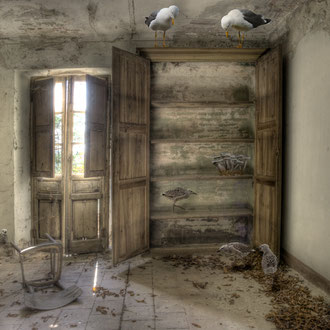 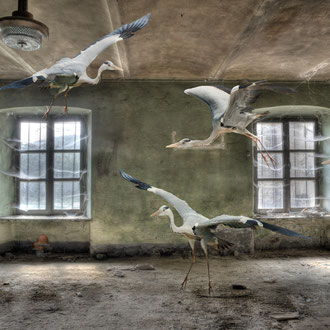 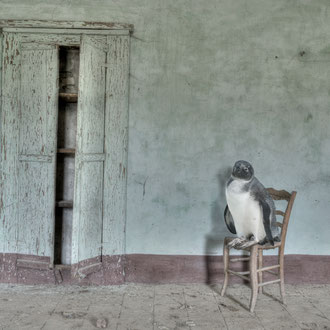 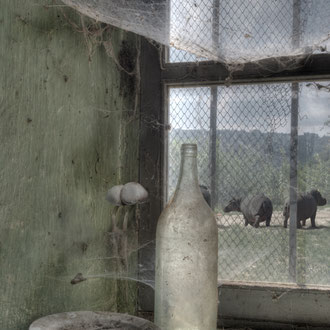 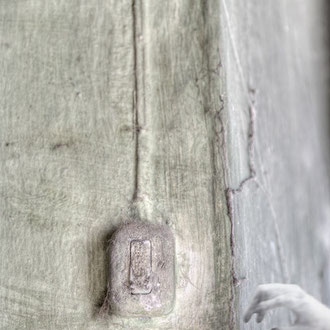 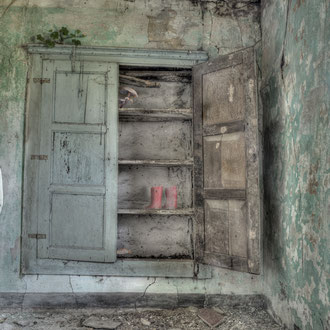 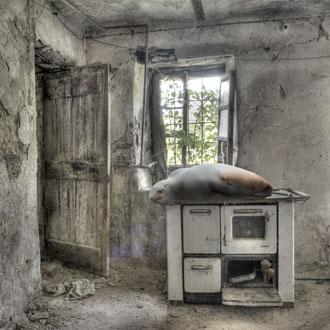 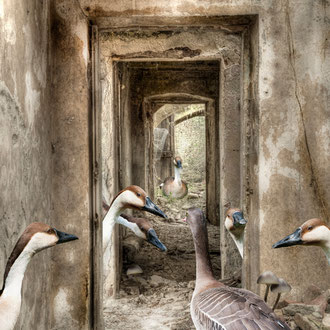 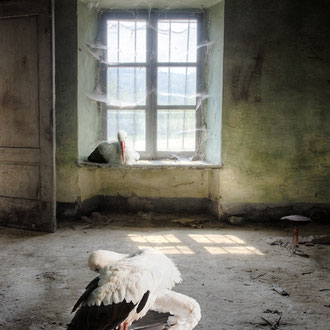 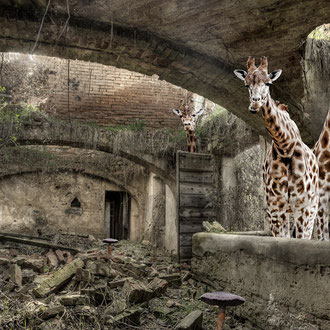 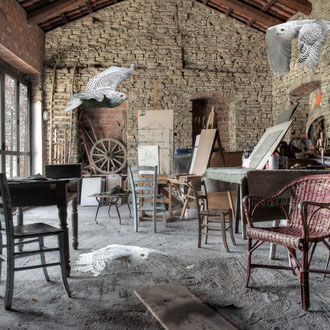 In the modernity in which we live, to combine the restless beauty of the past with the shiny seduction of the future is both a necessity and a choice. Paolo Vergnano knew or perhaps only sensed that, while he was walking in his Langhe countryside, going in search of lonely and deeply fascinating places, abandoned houses in which he entered at first only driven by curiosity, then animated by the aim of giving them a new life. We can imagine him while, crossing thresholds closed since a long time, lingers his gaze on signs of life left by the last inhabitants gone away leaving a cabinet door open revealing a shelf, a stove in the middle of an empty room, a beach chair open next to a once refined piece of furniture. Back home with that spoil of images, Vergnano “enters” his bright room in order to radically transform those places characterized by a theatrical spectacle and by an ancient silence. You hear a sudden wing flutter, a sound of hooves on the stairs, a mix of screechings, calls, neighs which announce the sight of animals that bring those places to life, suspended in the air as the pelican, wondering the corridors as the giraffe, finding a comfortable seat in a chair as the penguin. The smart use of the post-production techniques has not been intended to amaze with the spectacular, but to create a dreamlike atmosphere in which his images have been able to convey a gently poetic message.